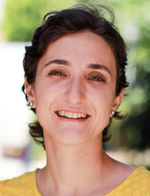 Clarice D. Aiello is a quantum engineer interested in how quantum physics informs biology at the nanoscale. She is an expert on nanosensors harnessing room-temperature quantum effects in noisy environments. Experiments suggest that nontrivial quantum mechanical effects involving spin might underlie biosensing phenomena as varied as magnetic field detection for animal navigation, metabolic regulation in cells and optimal electron transport in chiral biomolecules. Can spin physics be established – or refuted! – to account for physiologically relevant biosensing, and be manipulated to technological and therapeutic advantage? This is the broad, exciting question that the Quantum Biology Tech (QuBiT) Lab wishes to address. 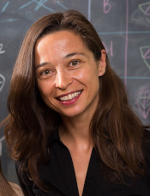 Alexandrova works to elucidate the effects of quantum chemistry in novel systems. For this for, she develops fast theoretical techniques for mixed quantum-classical simulations and design. She has designed catalysts that mimic natural enzymes in catalytic strategies for reactions that interest humankind. Her current work at the CQSE is focusing on designing novel qubits based on molecular degrees of freedom. She is the recipient of the DARPA Young Faculty Award and the NSF CAREER Award. She is also a Sloan Fellow and the UCLA Professor of the Year (2014). 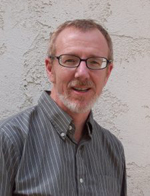 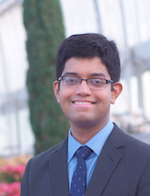 Department of Materials Science and Engineering

Banerjee leads the Ab Initio Simulations Laboratory at UCLA and is interested in the development and usage of mathematical and computational tools for the characterization and informed discovery of novel materials and structures. Specifically, his research aims to extend the scope and capabilities of first principles (i.e., quantum mechanical) methods for applications to problems in mechanics (such as the modeling of defects), quantum materials, energy storage / conversion technologies, and molecules of interest to biological systems. Banerjee's other research interests include the analysis and development of multiscale methods, the usage of symmetry principles in various areas of science and engineering, and the design of computational solvers. 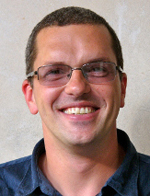 Professor Louis Bouchard and his group conduct experimental research in physical & analytical chemistry, materials science and bioengineering. The group has projects that deal with the development of novel materials, contrast agents & drug delivery systems for biomedical imaging, the study of flows in biological systems, high frequency electromagnetics, condensed matter and heterogeneous catalysis. His research group combines a range of laboratory and techniques from chemical synthesis to instrumentation development and various spectroscopies based on specific needs of the research. Projects are available for chemistry and engineering students. 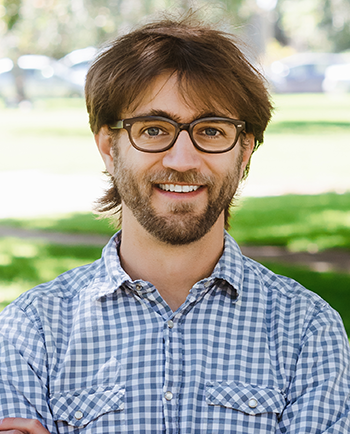 Campbell’s research uses ultra-cold atoms and molecules to learn about the physical processes that permeate our world. He is specifically focused on the physics of quantum mechanical systems that involve many-body interactions, where our ability to theoretically describe and numerically simulate the microscopic features is severely limited. His approach is to use well-controlled samples of atoms and molecules to build tiny, physical emulators of the physics we are investigating. By utilizing these atoms as microscopic computers that can do the work for us, we hope to be able to pick up where supercomputer simulations become intractable and use our quantum simulators to help us to design and understand new materials, perform demanding computations, and learn about the physical universe. 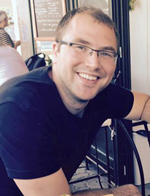 Caram’s research leverages the detection, sorting, and timing of individual photons to unravel heterogeneity, complex chemical processes, and energy flow in nanomaterial and biological systems. His research combines time correlated single photon counting (TCSPC) and path length interferometry to develop new spectroscopies that probe chemical systems across the visible and shortwave infrared. The scope of his research extends to the influence of energetic disorder on optoelectronic materials and the complex chemistry of oxidative stress. His research has broad applications, from creating efficient light harvesting materials to understanding disease modalities. 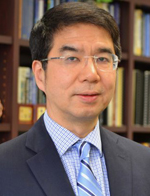 Dr. Cong’s research interests include electronic design automation, energy-efficient computing, customized computing for big-data applications, emerging computer architecture and computation models, and highly scalable algorithms. He is interested in bringing these techniques to control and design automation of quantum computing circuits and systems, and design of efficient quantum algorithms. He is the director for the Center for Customizable Domain-Specific Computing and the VLSI Architecture, Synthesis, and Technology (VAST) Laboratory. He is a Fellow of ACM and IEEE, and a member of National Academy of Engineering. 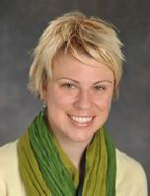 Lara Dolecek is a Professor in the Electrical and Computer Engineering Department and Mathematics (courtesy). Her research interests include error correction coding, information theory, robust machine learning, and statistical algorithms, with applications to quantum information systems. Professor Dolecek is a co-founder of UCLA Center on Development of Emerging Storage Systems (CoDESS). She is currently serving as Secretary of the IEEE Information Theory Society. 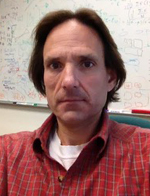 Center for Quantum Science and Engineering

In addition to coordinating the day-to-day activities of the CQSE, Gyure’s research is focused on the theory and simulation of solid-state quantum information processing devices and architectures, specifically electrostatically-defined semiconductor quantum dots. He and collaborators at UCLA and HRL Laboratories, LLC in Malibu have developed a sophisticated device modeling code that employs the full configuration-interaction (FCI) method to solve the multi-electron Schrodinger equation self consistently with the electrostatic potential generated from realistic device geometries, enabling highly accurate calculations of the energy spectrum of coupled quantum dot systems. He came to UCLA recently from HRL Laboratories where he was the Principal Investigator and Chief Scientist for over 15 years on numerous programs in the quantum information science and technology area. 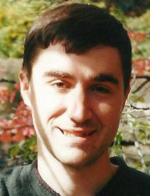 The interference of matter waves is often presented in textbooks as a historical demonstration cementing wave-particle duality. Far from being just a quirk of quantum mechanics, modern matter wave interferometry is a precise toolbox for atomic physicists with possible applications ranging from GPS-free navigation to detection of gravitational waves. Hamilton’s lab is exploring a new direction for the field using atom interferometry to probe the properties of dark matter and dark energy using laser-cooled atoms, as well as developing new quantum-assisted sensors for navigation. 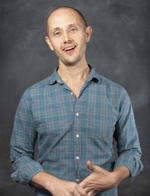 Hudson’s work focuses on bringing new quantum systems under control for use in quantum logic and tests of fundamental physics. He has pioneered several important techniques for the production of ultracold matter and is leading the CQSE Education effort. He is a Kavli Fellow and the recipient of the Presidential Early Career Award for Science and Engineering (PECASE), Cottrell Scholar Award, and NSF CAREER award. 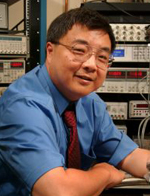 Jiang’s research focuses on solid state implementations of quantum information processing. The objective of this research is to develop basic building blocks for quantum computation and quantum communications using individual electron spins and photons in semiconductors. Ongoing efforts include the coherent manipulation of electron and nuclear spins, detection of the quantum states of single electron spins, and nanofabrication of electrostatic-gates-defined quantum bits and read-out channels in advanced SiGe heterostructures. 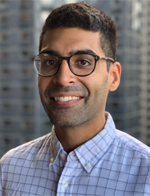 Kogar’s lab focuses on the development and implementation of spectroscopic tools to investigate materials exhibiting properties that can only be explained using many-body quantum mechanics. In particular, the group is interested in using intense light pulses to drive materials away from equilibrium in order to study, manipulate and discover exotic phases of matter. 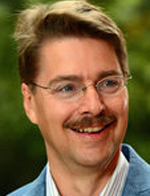 Palsberg’s research focuses on compilers, embedded systems, and programming languages. He teaches a course on how to program quantum computers. He is the chair of ACM SIGPLAN, a member of the editorial board of Information and Computation, and a former editor-in-chief of ACM Transactions of Programming Languages and Systems. He is also a former conference program chair of ACM Symposium on Principles of Programming Languages (POPL), Conference on Tools and Algorithms for the Construction and Analysis of Systems (TACAS), and the Static Analysis Symposium (SAS). In 2012 he received the ACM SIGPLAN Distinguished Service Award. 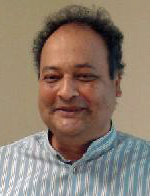 Roychowdhury’s inteterst include communications/telecommunications, quantum computation and information processing, embedded systems, adaptive and learning algorithms, combinatorics and complexity, biomedical informatics. Roychowdhury's group has initiated a new area of study: How to use publicly available trace data (obtained via search engines and the Internet) about human behavior and perception, to discover stochastic models of propagation of information, fame and sentiments in society. It uses analytical tools from statistical physics, Bayesian statistics, and applied mathematics. 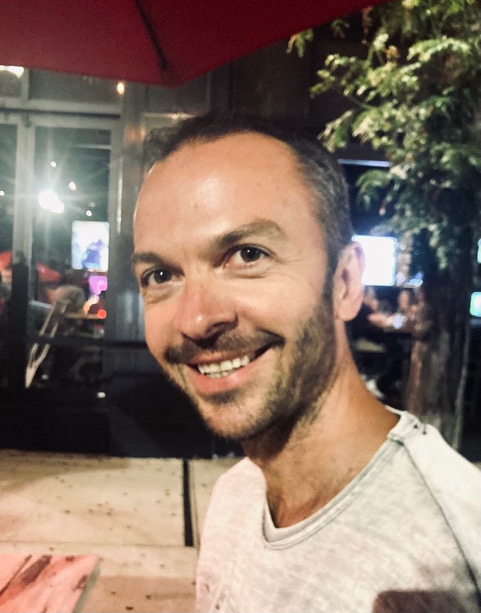 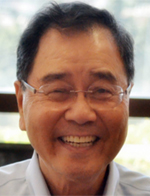 Wang's research in his functional quantum physics and devices group covers a wide range of novel physical phenomena, topological and mathematical concepts in both quantum and classical systems using methodologies from materials growth, device fabrication, to comprehensive characterizations. He is interested in exploring new materials that exhibit unconventional properties with potential application at room temperature, such as topological phases of quantum matter, strong spin-orbit coupled electronic materials, and magnetic systems, etc. The detection and manipulation of the relevant quantum effects towards high speed/density non-volatile memory and logic devices as well as quantum computation are significant focuses. 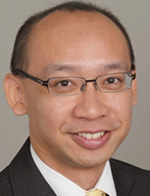